Ten years ago he was a supernova — the biggest story in the muscle world. Like Mamdouh Elssbiay today, Fedorov was the young, foreign behemoth who was going to shake up bodybuilding’s top rankings. What’s more, the Russian’s story seemed dreamed up by a Hollywood screenwriter. He trained in a cemetery! The script was destined for a grave ending when he fell as quickly as he rose. But now, at 36, Fedorov is slated to return to the pro stage in his hometown of St. Petersburg, Russia. As he prepares, we look back at one of the most incredible tales in the history of bodybuilding.

I first met Alex Fedorov in October 2004 at a breakfast in Moscow’s grandest hotel. It was the second most memorable thing about that meal. The first is that FLEX photographer Kevin Horton got stuck with a $120 bill for one bowl of granola because we assumed the competitors’ buffet—consisting of cold fish, hard-boiled eggs, and granola—was also free for us, the only two representatives of the foreign press. I made my escape just before the crackdown. But before then, I encountered the mythic Russian monster, Eight years is an eternity in bodybuilding, but that’s how long it’s been since Alex Fedorov last competed. covered from head to toe in a XXXL track suit. He really did exist. 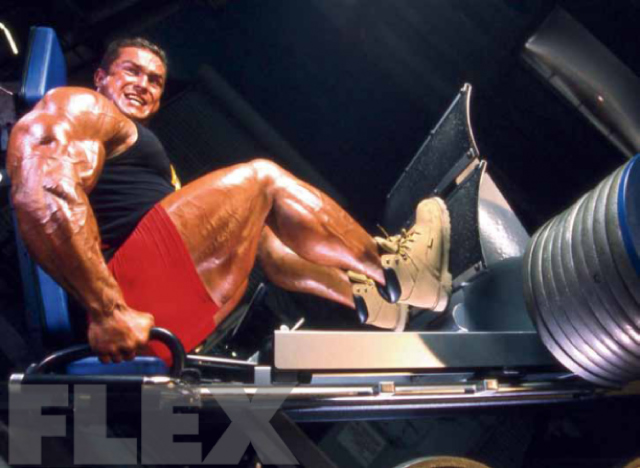 Eight years is an eternity in bodybuilding, but that’s how long it’s been since Alex Fedorov last competed.

The three other Americans in the lineup had finished in Places 8, 12, and 13 in the recent Olympia, but an unknown Russian making his pro debut left them in the dust. When contest photos materialized, they captured a three-man callout: Coleman, Cutler, and wait…who’s that third colossus? In the middle, between the No. 1 and No. 2 bodybuilders on the planet was 25-year-old Fedorov. And, against all odds, he was holding his own.

At 6'1" and 280 pounds, Fedorov carried enough size to match Coleman and Cutler in several poses. He had a badly torn left pec, and as a result his deflated chest ruined his proportions in front shots. But he beat No. 1 and No. 2 in the side triceps, largely on the strength of his phenomenal lower body. His hamstrings were so curvy from the side, his  legs seemed to nearly form a perfect O. And, at 25, he was five years younger than Cutler and 14 years Coleman’s junior. The legend of Alexander the Great reverberated around the globe. And it grew even larger after he finished second to Coleman in the Russian Grand Prix the following year (Cutler didn’t compete) and FLEX later revealed that he trained in a cemetery. But before we go there, let’s retrace how he got to that three-man callout in Moscow 11 years ago.